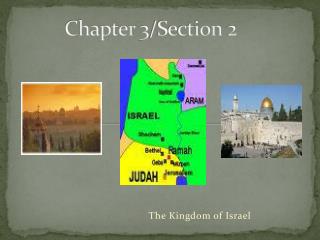 Chapter 3/Section 2. The Kingdom of Israel. The Israelites Choose a King (pg. 87). Around 1000 B.C., the Philistines (fih*luh*steens), not the Israelites, were the strongest people living in Canaan. The Philistines had strong cities and they knew how to make iron tools and weapons.