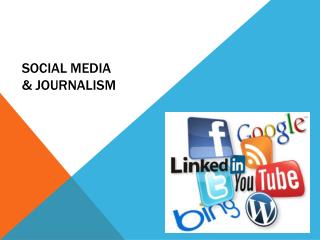 Social Media & Journalism. What are social media?. Internet sites where people: I nteract freely Share and discuss information about each other and their lives Use a multimedia mix of personal words, pictures, videos and audio. Brief history of social media.

Social Media Platforms for Your Marketing - Social media is the rising market for your business. use these platforms to

How Does Social Media Affect Business? - Social media marketing- as the world is going digital and more and more people

What are the most used Social Media Sites? - Before expanding your business on social media platforms, know about the

Social Media A Blessing or a Curse - . the terms of reference:. this is not a debate about ‘digital’ per se. this is