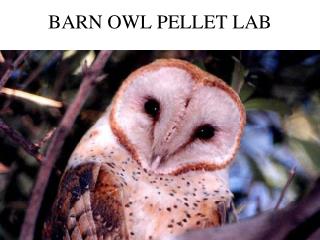 PRACTICE RAT DISSECTION TEST - . the test is normally called a dissection “practical”. this is how most dissection

Owl Pellet Dissection - . what is an owl pellet?. an owl pellet is the feces that is regurgitate. owl's cannot digest

BARN OWLS - . critical thinking. you are a wildlife biologist. a group of farmers has come to you for help. the owl

Owl Pellet Dissection - . what is an owl pellet?. an owl pellet is the feces that is regurgitate. owl's cannot digest

LAB-Barn Owl Investigation - . introduction: in this lab we will be investigating the ecology of the barn owl ( tyto alba

Owls - . by hunter harris and brooke plummer june 2013. description. . owls can’t move their eyes. t hat is why they Owl Pellets - . materials: owl pellets utensils (for removing bones from pellets) what we did: explored owl pellets to

hawks, eagles and other raptors that swallow their prey whole - Owls feed early in the evening and regurgitate a single

Lab TWO - . owl pellet dissection done in pairs pre-lab question 1: if you were a zoologist doing a study of what wild

The Great Horned Owl - . food. woodchuck skunks birds up to the size of a c anada goose insects reptiles amphibians .