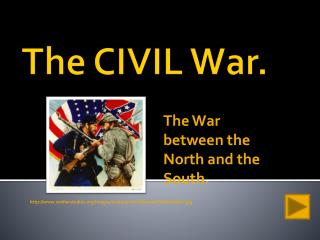 The War between the North and the South. The CIVIL War. http://www.soldierstudies.org/images/webquest/civil%20war%20soldiers.jpg. The Civil War??? WHAT?. The Civil War was the greatest war in American History. Millions of people fought for the price of freedom