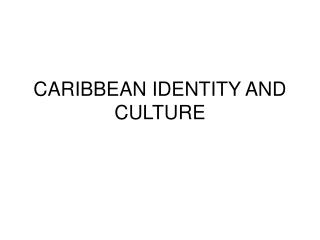 Tainos - . before the tainos : the archaics. “ archaics ” were the first people in the caribbean. they were hunter

CARIBBEAN STUDIES - . past paper review 2009. question one. explain what is meant by the following terms: plural society