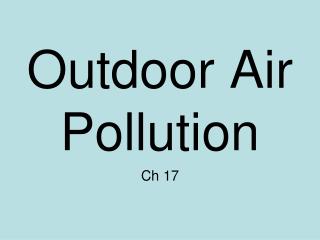 AP Review Questions Air Pollution - . what layers are found in the atmosphere?. what are the major outdoor air