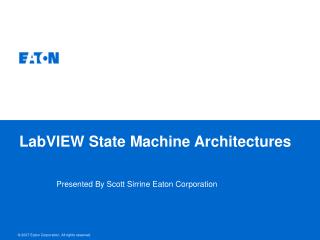 2. Machine Architectures - . von neumann architecture. based on the fetch-decode-execute cycle the computer executes a

State Machine Model - . state machine view. describes the dynamic behavior of objects over time each object is treated in

State Machine Signaling - . timing behavior glitches/hazards and how to avoid them fsm partitioning what to do when

Finite State Machine - . finite state machine (fsm). when the sequence of actions in your design depend on the state of

Counter state machine - . a counter counts number of elements in counter determines how many different states we need for