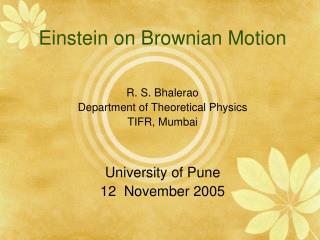 Write this down Brownian Motion Date - . objective: science is a way of knowing. find out how scientists used science to