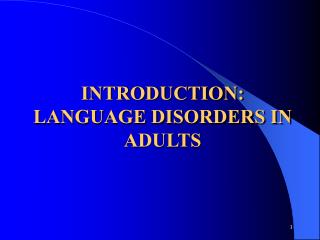 INTRODUCTION: LANGUAGE DISORDERS IN ADULTS. Two Alternative Views Have Been Advanced on the Relationship Between Brain and Behavior.

Legal Positivism and Natural Law - . unit 2. john austin. laws are rules laid down by superiors to guide those under