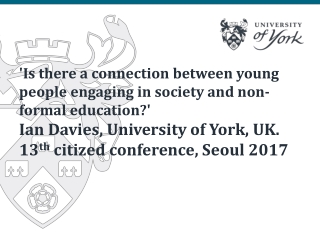 'Is there a connection between young people engaging in society and non-formal education?' Ian Davies, University of York, UK. 13 th citized conference, Seoul 2017.