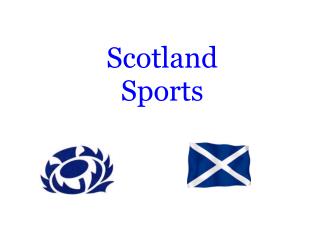 Scotland Sports The temperate, oceanic climate has played a key part in the evolution of sports in scotland with all-weather sports like soccer, rugby and golf. However many other sports are played in the country with a popularity varying between sports and between regions .