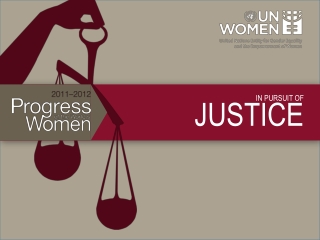 Women’s access to justice. Progressive laws and functioning justice systems are the foundation for gender equality and can provide the means for women to demand accountability. Groundbreaking cases. Maria da Penha Fernandes v Government of Brazil