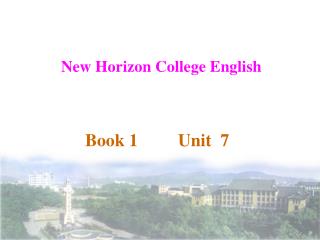 College English Integrated Course II Unit I: Ways of Learning - . i. objectives of teaching in this unit. 1. find out the

Southwest Horizon S.D. - Southwest horizon s.d. what works in school improvement?. ask yourself. how many chances will i

Forecasting : First, a firm must forecast demand for aggregate sales over the planning horizon. - Hierarchy of production