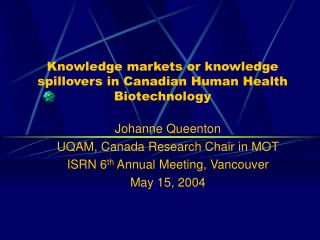 Innovation and Creativity in City Regions - . david a. wolfe, ph.d. program on globalization and regional innovation