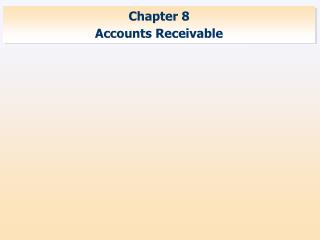 Valuing Accounts Receivable - . some receivables will become uncollectible not reported as assets if no future benefit