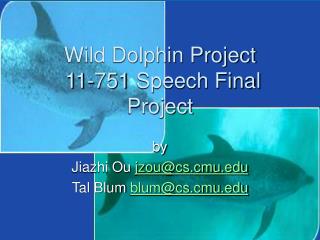 Project WILD - What is it? program for environmental education—focuses specifically on wildlife issues.

Final Project - . geo 12. your project will display your demonstrate the knowledge, and skills that you have developed in

Final Project - . current event debate. directions. report on an issue that has been debated in the last 10 years.

Final Project - Graphic design i. final project. poster #1. design a poster that depicts the importance for those