The Film as a Text and Political Space - PowerPoint PPT Presentation 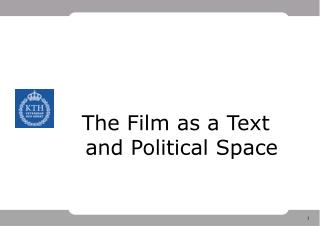 The Film as a Text and Political Space

The Film as a Text and Political Space

MSE 550 - . presentation #2. what is a thin film? science background overview of film growth crystal structure and