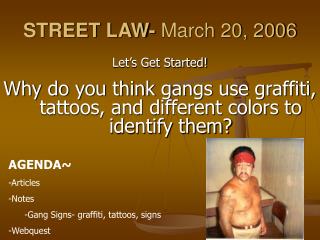 STREET LAW- March 20, 2006 - Let’s get started! why do you think gangs use graffiti, tattoos, and different colors to

BECOMING AN ACTUARY HOW, WHAT AND WHY? - . 15 march 2013. rebecca baker mercer financial strategy group. agenda. about me

Why were the Birmingham and Washington marches so important? - . l/o – to evaluate the significance of the two marches