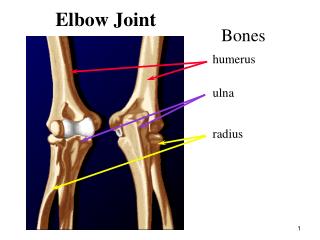 Elbow Joint - . radius and ulna articulate with the humerus hinge joint formed mainly by trochlear notch of ulna and

Elbow Pain - If you have had ongoing pain in your hand, wrist, or elbow, you know how painful it can be. most likely, it