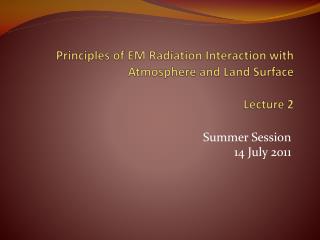 X-ray Interaction with Matter - . electromagnetic radiation interacts with structures with similar size to the wavelength

Preservation of Food by Radiation - . uv radiation ionizing radiation - irradiation. what is radiation?. this word has a