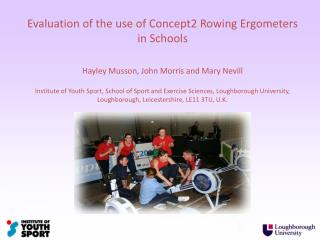 Evaluation of the use of Concept2 Rowing Ergometers in Schools

Evaluation of the use of Concept2 Rowing Ergometers in Schools

Hire Cheap Taxi in Loughborough - Http://paultaxi.co.uk/ - we bring to you affordable and cheap taxis in loughborough

Option B – Muscles Movement and Fitness - . b.1.1 state the roles of bones, ligaments, muscles , tendons and nerves in

Plymouth-Canton Schools - Raising achievement and closing gaps between groups: lessons from schools and districts on the