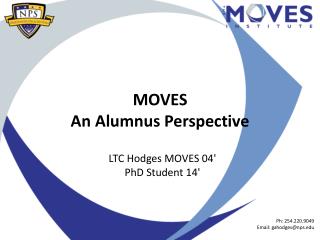 MOVES Moves Me... - Moves moves me. to think about the future of i/m. christopher a stock vice president marketing and

Trevor Patzer Is An Alumnus Of St. Paul's School - Trevor patzer is founder and executive director of little sisters

An Historical Perspective - *. an historical perspective. pages 8 -13. the school of thought in psychology concerned

An Environmentalist’s Perspective: - . the need for holistic approaches in creating responsible fisheries for the