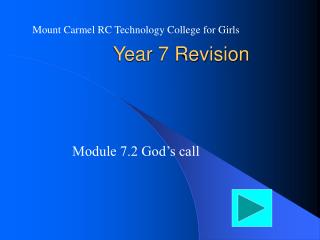 Year 7 Revision booklet - . one sheet per topic mind map, note or questionnaire type form some links to the internet for

Year 7 Music revision - Use it to revise!. year 7 music revision. your music exam will be next lesson. it will be a

Year 7 History Revision Lessons - . read with a pen in your hand. summarise. practice questions. how do i study?.

Revision 7 - . multiple choice 1. the question below relates to the diagram showing parts of a food web for a community

YEAR 10 REVISION - . genetics. 1. write true or false for each response:. all body cells divide by a process of cell

Year 10 revision - Study. you cannot do well without itmake study notes by reading, highlighting and summarising your

Year 10 revision - Grade a descriptors. the student has an extensive knowledge and understanding of the content and can

Year Exam Revision - . year 9 topics – electricity, atoms, body b eautiful and waves. atoms. atoms. an atom is made of;

YEAR 11 REVISION - . how to revise for an a/ a* in the english exam. as father christmas for…. a simple way to gain an

Year 10 Revision - . instructions there are multiple choice questions. answer these on the answer sheet that is provided.