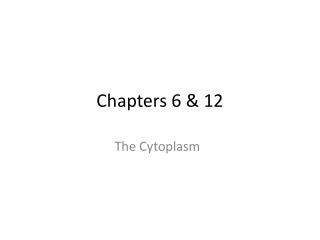 Chapters 9-12 - . things fall apart. get into groups of 3 and summarize chapters 9-10 and answer the following questions

Chapters 6 - 8 - . vocabulary and quotes. “a feeble protest, to little and too late.” (45) brother leon perceptible

Chapters 9, 11, 12 - . concepts covered that will also be candidates for exam questions. ionic bonds and different

Chapters 6, 7,8 - . finishing the planning process and designing interventions. lecture by j. mckenzie. an overview of

Chapters 6 - . sensation. chapter 6 - sensation. overview. in this chapter we will be focusing on our “input