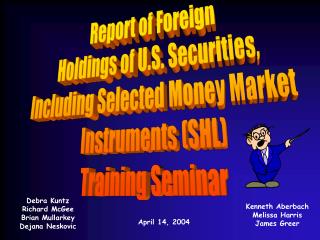 The Spot Market for Foreign Exchange - . market characteristics: an interbank market. the spot market is a market for

Foreign Direct Investment - . contents. eligible investor to india entities into which fdi can be made types of

Chapter 7 - . the asset market, money, and prices. chapter outline. what is money? portfolio allocation and the demand

Monetary Policy and Foreign Exchange Rates - . fundamental issues. what is the monetary approach to exchange-rate

The Money Market and Interest Rate - We studied how the fed changes the money supply. through open market operations