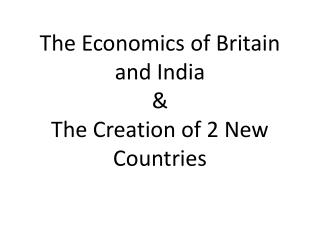 The Economics of Britain and India & The Creation of 2 New Countries. LEQ’s … . What impact did Britain have on India? How did Britain take India? How does specialization encourage trade? Why is balance in trade important to a country? GREAT BRITAIN - . about great britain. great britain(gb)consists of england, scotland and wales. london is the capital of

Get your uk visa within 3–4 days with uk visa.ae - The ukvisa.ae is one of the most exclusive uk visa suppliers which