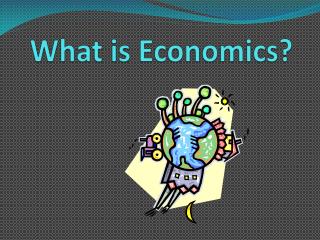 Industrialization and Economic Development - . what is economics?. economics is the social science that analyzes the