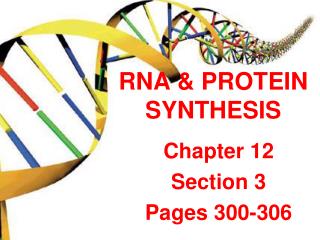 Genetics - . what dna is telling us!. unit goals. the student will investigate and understand common mechanisms of

DNA, RNA, and Protein Synthesis - . dna. to understand genetics, biologists had to learn the chemical structure of