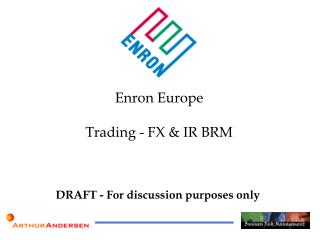 Doing the Right Thing: Introduction and Lessons in Ethics and Leadership from Enron and Worldcom - . mgt 5531, class 1

Prevention of Insider Trading Through Disclosure - . insider trading (it) theory classifying it it prevention under

Best practice in the Design of a Trading Organisation - . design full set of trading policies and procedures at start-up