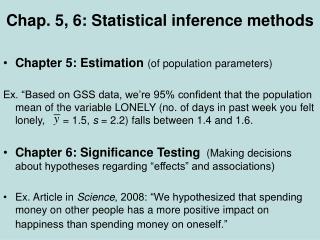 Chapter 9: Statistical Inference: Significance Tests About Hypotheses - . section 9.1: what are the steps for performing

Multiple Linear Regression and the General Linear Model - . with thanks to my students in ams 572: data analysis.

Chap. 7 Counters and Registers - . introduction chap. 7 의 내용 how ffs and logic gates can be combined to produce