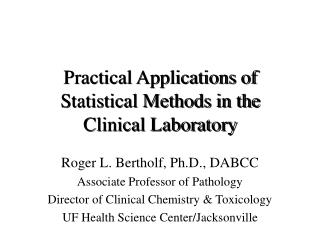 Practical Applications of Statistical Methods in the Clinical Laboratory Practical Applications of Statistical Methods in the Clinical Laboratory

Methods of gaining space in the permanent dentition Types of clinical cases in Orthodontics: 1 Definite extraction