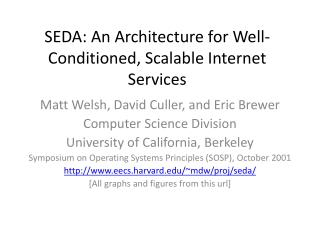 The Internet of Things - (lot) is a scenario in which objects, animals or people are provided with unique identifiers

4.3 Global Internet - . how to connect a heterogeneous collection of networks to create an internetwork ? how to use the

Classic File Systems: FFS and LFS - . presented by hakim weatherspoon (based on slides from ben atkin and ken birman ). a

Female Athlete Triad - . “an ounce of prevention is worth a pound of cure.”. michelle m. wilson md, neha chowhdary