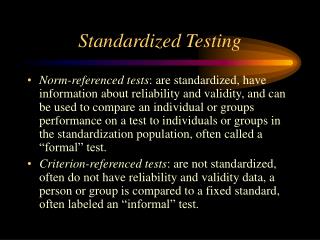 Standardized Testing Norm-referenced tests : are standardized, have information about reliability and validity, and can be used to compare an individual or groups performance on a test to individuals or groups in the standardization population, often called a “formal” test.