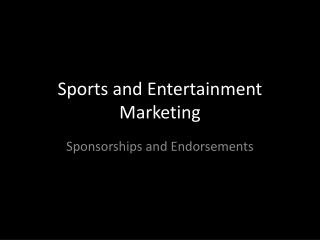 Sports and Entertainment Marketing. Sponsorships and Endorsements. Sponsor. A business, person, or organization that finances a sports or entertainment entity Financing can be in the form of money, products, equipment, services or any combination of the four. Sponsorship.