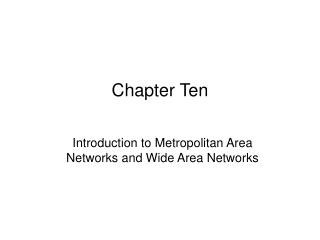 Chapter Ten Body Composition and Weight Control - . it’s not what you are, it’s what you can become. fredrick

Chapter Ten - . the application and presentation layers. objectives. to look at how data packaging is selected to learn

Chapter Ten - . pricing: understanding and capturing customer value. what is a price?. price is the amount of money

Chapter Ten - . the emotional approach: mind as emotion. what is emotion?. emotion – a relatively brief episode of

Chapter Ten - . the first commandment . questions to ponder: . why does the catholic church teach that human beings have

Chapter Ten - . theories of communication in developing relationships “ hello, i love you. won’t you tell me your

Chapter Ten - . leadership of groups and organizations. chapter overview. this chapter examines the following topics: the

Chapter Ten - . rev. 10:1 - and i saw another mighty angel come down from heaven, clothed with a cloud : and a rainbow