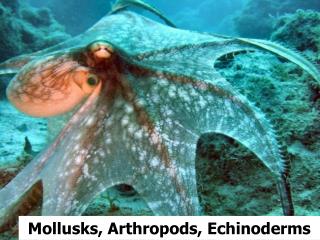 Phylum Arthropoda - . read chap 31 pgs. 681-703 dichotomous key. what is entomology?. the study of insects (and their

Phylum Arthropoda - . similarities between annelids and arthropods arthropods are metameric and their segments have

The appendages of arthropods are - . found only on the head. hard and immovable. jointed and extend from the body wall.

Echinoderms - These are marine animals, and they have a thin layer of skin over laying an endoskeleton. they are prickly