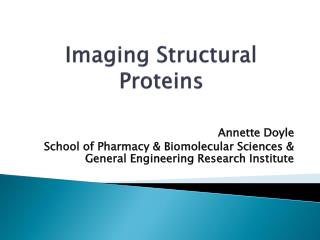 Resonance assignment in proteins - . in order to be able to actually solve the structure of a protein, we first have to

Intro to Cryo-EM and Icosahedral Symmetry - . lab meeting 6-16-2011. why em?. adapted from review by subramaniam in