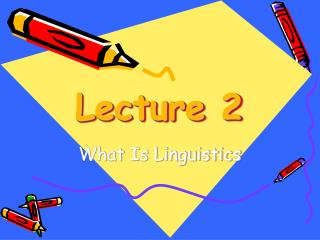 Lecture 2-2 - . the beginnings of human culture. lecture outline. to what group of animals do humans belong? when and how

Lecture 2 - . chemical reaction engineering (cre) is the field that studies the rates and mechanisms of chemical

Lecture 2 - . ch. 1 psychological science. class plan for today. why do we need to use a scientific approach? what does

Lecture # 2 - . the teacher’s role in the oral lesson. motivator. personality of the teacher: the