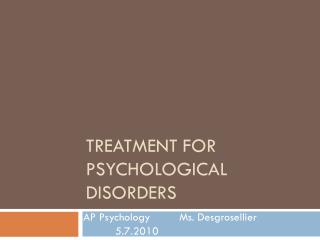 Psychological Perspectives on Human Behavior: - . therapy. the history of therapy:. historically, people with

Chapter 11 Treatment for Psychological Disorders - . what are the therapies for psychological disorders?. the two broad