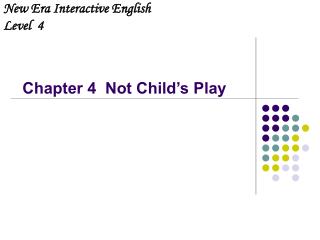 Approach to limping child - . done by group a1. case scenario. a 14 month old boy is brought to the office because the

The Difficult Child - . i. manor, s. tyano. what is a difficult child. a child who is difficult to live with it is a

CHAPTER 10 - . the european union. eu prisms. is it a mistake for europe to try to integrate so many different ethnic