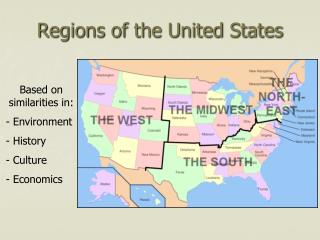 Regions of the United States Regions of the United States

Aim : What changes occurred in the United States after WW2? - . objective. student will be able to discuss postwar

January 8 - . standard 1. conflicts between regional and national interest in the development of democracy in the united