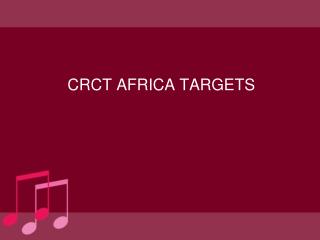 CRCT QOTD - . 7 th grade ela and reading. question 1. no sooner had fearenside's dog caught sight of him, however, than

CRCT GOVERNMENT GAME - . what type of government does japan have today ?. constitutional monarchy. what type of

CRCT/Test Taking Strategies - . ashley jimerson lisa hendrix. how do i better understand and help my students prepare for