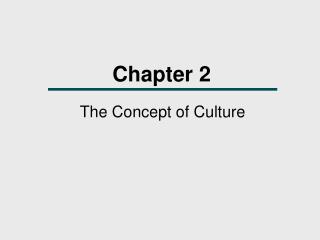 Chapter 2. The Concept of Culture. What We Will Learn. What do anthropologists mean by the term culture? How do we acquire our culture? Despite the enormous variation in different cultures, are some common features found in all cultures of the world?. Culture Defined .