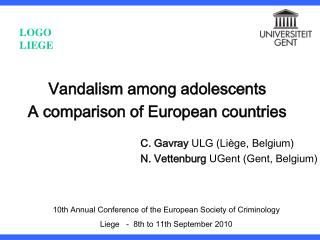 Vandalism among adolescents A comparison of European countries Vandalism among adolescents A comparison of European countries

nationalism - Feeling of super-hyper-love of country, that also helped to make european countries hate on each other

The Essentials of Contraception and Adolescents - . objectives. by the end of this presentation, participants will be