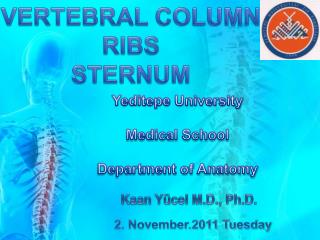 Treatment of vertebral hemangioma : what the interventional radiologist can do ? - Hatem rajhi .md department of

Distillation Column - . distillation :. “process in which a liquid or vapour mixture of two or more substances is

STATEMENTS OF FACT MINE RESCUE - . three elements must be present for an explosion to occur: fuel, oxygen, and heat

Axial skeleton - . notochord, vertebral column, median fins, ribs, sternum where do these tissues come from in the

Spine and Thorax - . the spine. the spine supports all of the weight of the upper body the spine or vertebral column