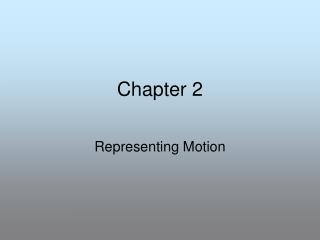 Chapter 2. Representing Motion. Motion diagram- a series of images that show the position of an object at specific time intervals. Particle model- a simplified version of the motion diagram in which the images are replaced by single points.