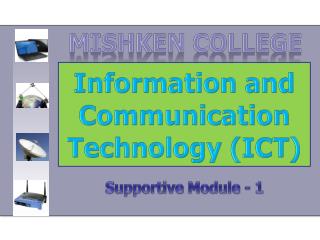 Getting Started With C++ - Christian schulte cschulte@kth.se software and computer systems school of information and

Chapter 18 Hospitality Information Technology - . after reading and studying this chapter, you should be able to:.

Information Communication Technologies (ICT) and Tourism - . lecture 8. definition of e-tourism. e-tourism is the