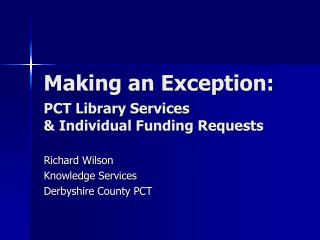 Searching for DIF, Drift, and Growth Among the Deck Chairs - . -or- why we can’t make sense of measures of

Moving towards integrated commissioning of children’s services in Warwickshire

Should we make the priority setting process more explicit to the public? Dr Benedict Rumbold - . ‘pay no attention to

Overview of Intellectual Property including outreach and support activities for SMEs - . by associate professor rohazar