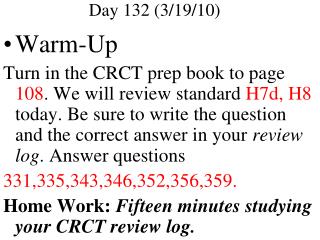 Day 3 - . driving questions why do we need to study past climate? how can we reconstruct past climate?. agenda. morning

Day 3 - Professional learning for mathematics leaders and coaches— not just a 3-part series. day 3. what’s my

150 Plenary Questions and Tasks for use in any subject 1. What have you learnt today? - 2. what is the most important