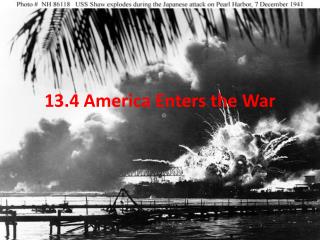 13.4 America Enters the War. I. The Isolationist Debate. By 1940, most Americans favored limited aid to the Allies Committee to Defend America by Aiding the Allies Fight for Freedom Committee America First Committee.

Six days to the election - The presidential campaign enters the final